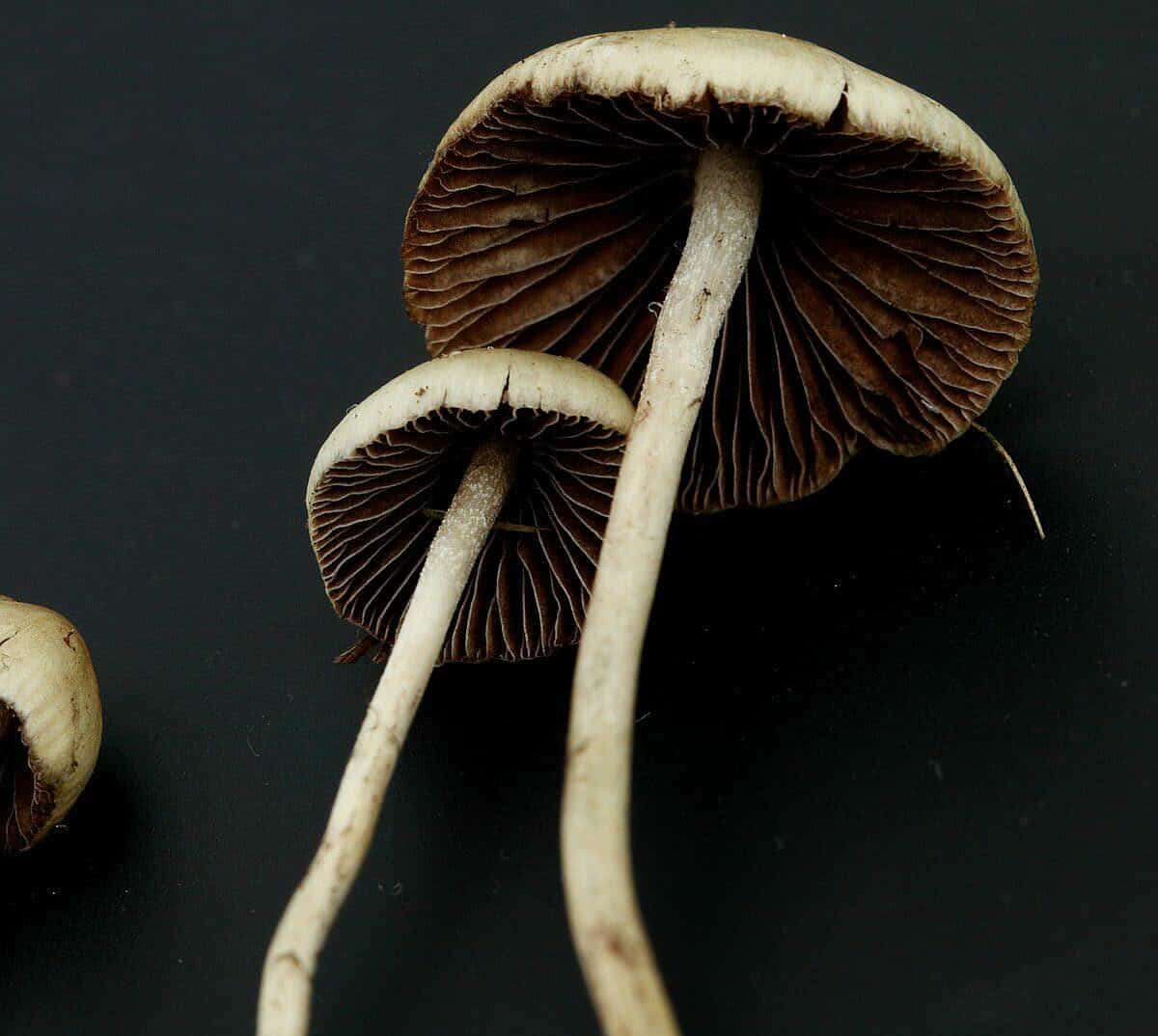 The distinguishing characteristics of Melmac mushrooms are their wavy cap and contorted stems. This mushroom’s general shape and curvature are similar to traditional Penis Envy mushrooms. However, Melmac’s wavy cap makes it visually distinct from other varieties. Melmac’s turn blue when bruised; a common feature among many psychoactive mushrooms. The blue coloration indicates the presence of psilocybin, which turns blue with oxidation. Homestead Penis Envy is a variation of the famous Penis Envy strain discovered and cultivated by Terrence McKenna and Steven Pollock, two of the great early psychonauts. Many mycologists have worked with the original Penis Envy strain throughout the years to create their own. The word Homestead refers to a spore vendor in the Pacific Northwest. The subterranean mushroom scene was quite active in the 1980s, but they have since vanished. We can only assume that the name Melmac was given by Homestead in allusion to a fictional planet that was home to alien species in the 1986-1990 sitcom ALF. The Melmac mushrooms are distinguished from the original Penis Envy strain by their alien-like stems and crowns. The stems have a distorted appearance, and the caps have wavy edges. The colors are remarkably similar to those of its Penis Envy parents, with practically colorless stems and pale to dark golden caramel crowns. Melmac is well-known for its potency. For first-timers, we do not suggest this strain. This is a strain for advanced users, as the potency is comparable to Penis Envy, which can be more than double that of ordinary strains. You might expect a strong shamanic and spiritual experience depending on your setting. You may experience ego-loss as a result of the drug’s great potency.