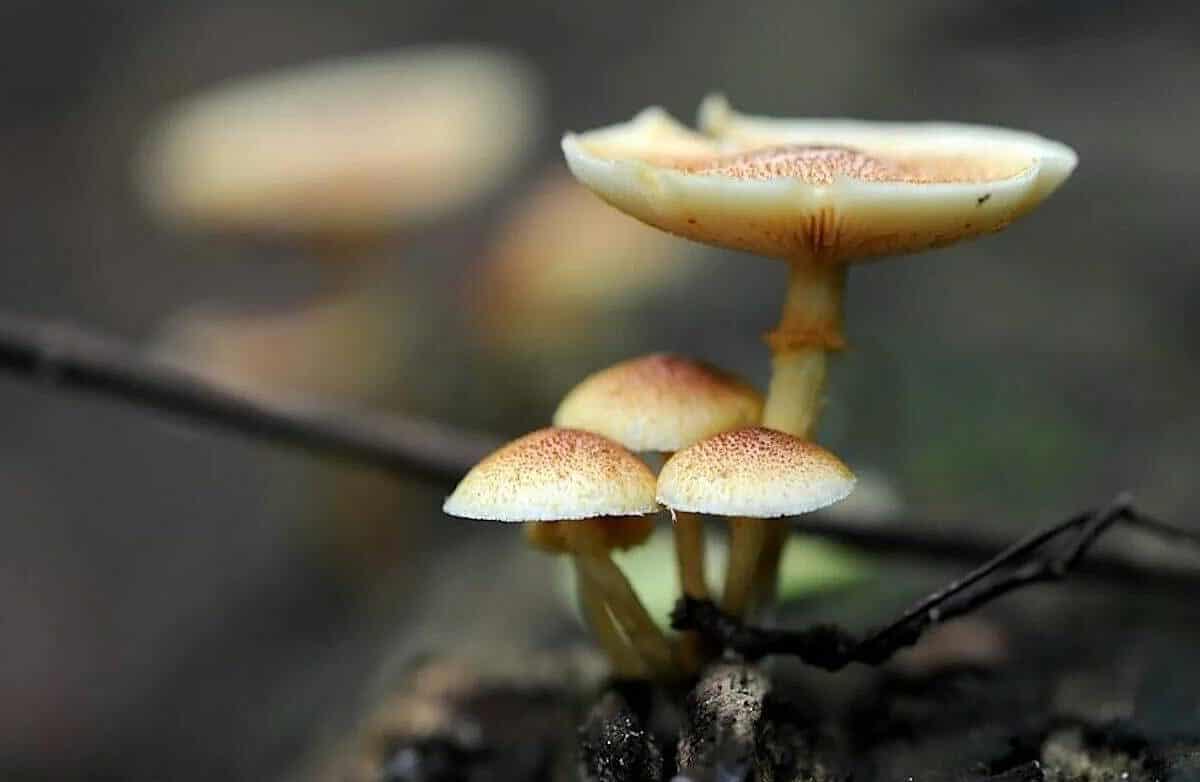 So what is the difference between a species and a strain? Well, a species is a distinct genetic lineage that typically cannot interbreed.

However, there are some exceptions to this interbreeding quality that tends to define species: lions and tigers can interbreed (to create the liger), as can horses and donkeys (to create the mule). We’re not currently aware of any hybrids of distinct magic mushroom species.

Psilocybe cubensis is the most commonly cultivated species of magic mushroom. Psilocybe is the genus the species belongs to. Genus is a taxonomic category in biology that ranks above species (and contains several species) and below family.

The family that Psilocybe belongs to is Hymenogastraceae. Because Psilocybe cubensis is a different species to Psilocybe mexicana, you couldn’t naturally cross them.

Terms like strain and variety are a bit more ambiguous. Scientists will disagree about what these terms mean. Also, you have vendors inventing new strains without explaining what makes them distinct. Nonetheless, we can characterize strains as all originating from the same species, and these strains can interbreed freely.

For example, you can interbreed Penis Envy mushrooms and B+ (both strains of Psilocybe cubensis), which leads to the Tidalwave strain.

Having a truly distinct strain, like Golden Teachers, means the mushrooms should display stable characteristics that can be reproduced every time you grow them. Growing strange-looking shrooms one time doesn’t necessarily mean you’ve created a new strain.

Part of what makes strains distinct is their appearance. Let’s describe what Golden Teachers look like.

You will get a medium-sized Golden Teacher mushroom from the first flush (crop), but mushrooms in later flushes can be massive in size. Cultivators tend to like Golden Teachers because they grow in great flushes.

The Potency Of Golden Teachers Mushrooms

One of the aspects of different psilocybin mushrooms that users care the most about is potency. And different strains can have varying degrees of potency, with the differences sometimes being pretty large.

We do have some scientific studies on the differences in potency between species of psilocybin mushrooms.

For example, Psilocybe azurenscens is one of the most potent, containing 1.78 percent psilocybin, 0.38 percent psilocin, and 0.35 percent baeocystin. Baeocystin is another compound found in psilocybin mushrooms. It could potentially contribute to an entourage effect, with baeocystin modulating certain psychedelic effects. The entourage effect is said to apply to cannabis, too, with compounds other than THC synergistically acting on it to modulate the overall psychoactive effects.

Until very recently, we didn’t know much about the potency between different varieties. Mushroom connoisseurs would hold up Penis Envy as one of the most potent strains. But this was based on anecdotal self-experimentation. There wasn’t high-quality data to back up this claim.

Nonetheless, Penis Envy mushrooms still have the reputation of being a highly potent magic mushroom.

What The Latest Data Says

However, the situation changed in April 2021, when a team of scientists from Oakland, California, put on the first-ever Psilocybin Cup, a community-led citizen science approach to quantifying the psilocybin and psilocin content in over 60 strains of magic mushrooms supplied by growers.

Across the strains, psilocybin content ranged from 0.15 percent to 2.26 percent in dried specimens. The strain containing 2.26 percent psilocybin was the Tidal wave strain (TW2), grown by Magic Myco.

Golden Teachers are a moderately potent magic mushroom. On average, they contain around 0.75 percent psilocybin, but this can be as high as 1 percent. Based on the potency of Golden Teachers, you won’t need to take as many of them to achieve the same level of intensity as you would get from consuming Penis Envy mushrooms.

However, for the desired effects, you would need to consume a higher dosage of Golden Teachers than you would for less potent strains of Psilocybe cubensis, such as Hawaiian and Treasure Coast.

Golden Teachers are a good choice for cultivation. If you’re just starting out, any Psilocybe cubensis strain is easy to grow and all the strains have similar cultivation requirements (e.g. temperature, humidity, and light).

Golden Teachers are said to be particularly easy when growing magic mushrooms at home. This is because they are able to grow in less than optimal conditions.

To grow Golden Teachers, you’ll first need Golden Teacher spores, and there is no better place to buy them than us! Our sister, gourmet site, MiracleFarms.org offers growing products designed specifically for growing cubensis and gourmet mushrooms strains.

The Effects Of Golden Teachers Mushrooms

Golden Teachers derived the “teacher” part of their name due to users finding that they offered them insightful and revelatory experiences. However, any strain of magic mushroom can, of course, offer important insights, as if you’re learning life lessons from a teacher.

Since Golden Teachers have a moderate potency level, they are an ideal entry point for those new to psychedelics. The strain’s mild nature reduces the risk of a bad trip for a user. More experienced users may take a larger dose of Golden Teachers in order to achieve unique effects, such as mystical experiences.

The video below is probably the most accurate depiction of a psychedelic Golden Teacher trip I have seen to date.

The Benefits Of Psilocybin Mushrooms

There is a growing body of research demonstrating that psilocybin can treat a variety of mental health issues, including depression, end-of-life anxiety, and post-traumatic stress disorder (PTSD), as well as smoking addiction.

Imperial College London’s Psychedelic Research Centre also has an upcoming trial looking at psilocybin as a treatment for anorexia. These benefits depend on the quality of the psilocybin experience; they are related to effects like mystical experiences, connection to one’s emotions, and emotional breakthroughs.

Besides the conditions above, many people find psilocybin mushrooms help in many other areas of their life, including their relationships, worldview, lifestyle, spirituality, and overall level of life satisfaction.

Using Golden Teacher mushrooms has the potential to provide some of these same benefits.

However, it’s crucial to remember that using magic mushrooms in this way is not the same as using them in a clinical, supervised setting. Taking them with a guide, as well as in the right mindset and environment, can, nonetheless, increase your chances of having a positive, therapeutic experience.

The Legal Status Of Golden Teachers

Golden Teacher mushrooms, like all other psilocybin-containing mushrooms, are illegal in most countries. In the U.S., they are a Schedule I substance under the Controlled Substances Act. This means they have no recognized medical value and a high potential for abuse.

Of course, studies on psilocybin and anecdotal reports from many users seem to suggest otherwise.

But as soon as you cultivate these mushrooms, you will then be committing a crime, according to federal law. This is because when the spores begin to germinate, they can form mycelium and then mature mushrooms, which contain the illegal compound psilocybin.

However, possessing psilocybin mushrooms for personal use has been decriminalized (but not legalized) in some areas in the U.S. These include the following.

This means that if you possess Golden Teachers in these areas, you won’t face any legal penalties.

Other Legal Areas Around The World

Magic mushrooms like the Golden Teacher variety are fully legal in a number of countries around the world. The list includes the following.

In these countries, you can legally sell, cultivate, transport, and possess psilocybin mushrooms. In the Netherlands, “magic truffles”, which contain psilocybin, are legal. And you can find the Golden Teacher variety in the form of truffles.

More and more states are changing their laws around psilocybin. Soon, it may be legal (in various states) to buy, cultivate, and possess all kinds of magic mushrooms, including the much-desired Golden Teacher strain.

For the latest updates regarding the legality of Golden Teacher Mushrooms, bookmark this page today…it’s updated on a weekly basis and is the place to turn to before you buy your happy spores.